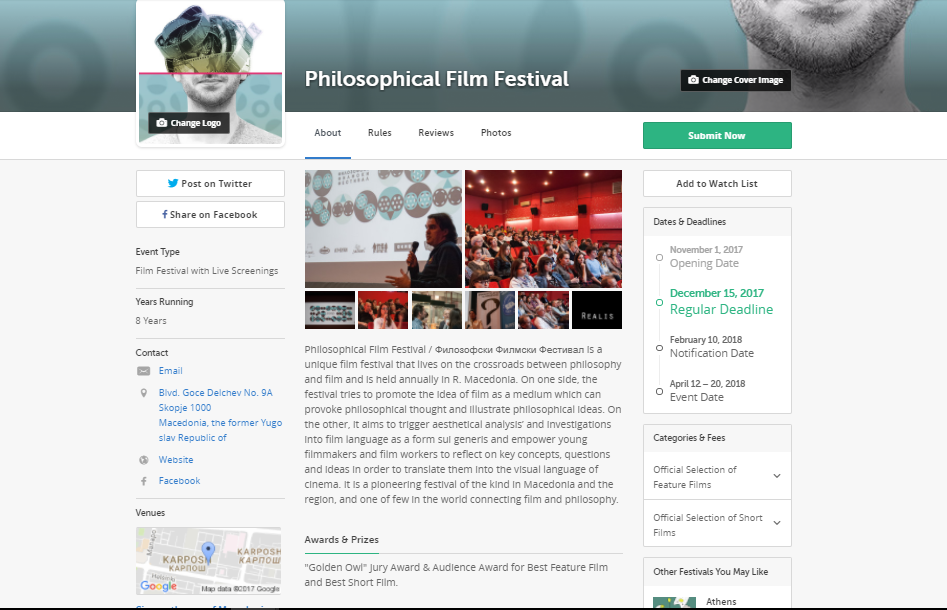 The 8th edition of the Philosophical Film Festival will take place from
12 – 19 April 2018 in Skopje, R. Macedonia.